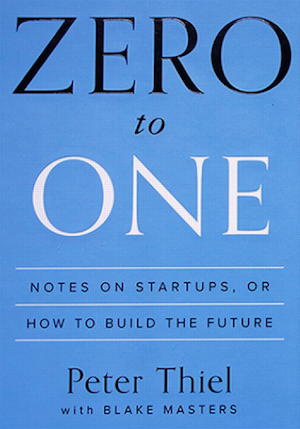 Steve Blank and Eric Ries have done great work in providing engineers with a way to test their product ideas in the real world with real people. They have provided processes and systems with built in, all-important, feedback loops.

They made widespread the concept of the minimum viable product (MVP.) They formulated a process where a product in its most basic workable is shown to the world at large and note is made of the response. These notes can either or endorse or refute the product creator’s work and vision and suitable action is taken. The the product loops back to the MVP state again and the process. It is a methodical and useful way to ensure that a business creates a product that people want.

While the Lean Startup movement has provided a core set of practical tools to the startup there still remains a plethora of questions that also need answering. The most important being, what constitutes a good idea for a product or service that is worth pursuing for profit?

A good place to start looking, if not for a direct answer but an intelligent way to think about the subject, is in Peter Thiel’s newly published book written in conjunction with Blake Masters, “Zero to One.” It refers to the idea that, “Doing what we already know how to do takes the world from 1 to n, adding more of something familiar. But every time we create something new, we go from 0 to 1. The act of creation is singular, as is the moment of creation, and the result is something fresh and strange.”

He goes on to say a page or so later, “…by creating new technologies, we rewrite the plan of the world.” And then declares in the next paragraph, “Zero to One is about how to build companies to create new things.”

While a lot of Steve Blank’s work is formulaic, and usefully so, Peter Thiel prefers to think about business from the aspect of first principles. The future that we create is grounded in the work of today. To make that future a peaceful and prosperous one we need new technology which in turn requires new approaches. Peter Thiel’s aim is to provide an, “..exercise in thinking. Because that is what a startup has to do: question received ideas and rethink business from scratch.”

That is an ambitious goal in itself. Thinking is hard and thinking originally is very hard. In fact we only have to look around us to see that thinking is so hard that most people avoid it at all costs.

To set the scene he describes the factors that led to the Dot-Com bubble of the late nineties. As CEO of PayPal during that period he had a ringside seat as the drama unfolded. He says that there were four major lessons that entrepreneurs seem to have derived from the experiences of those dramatic times.

All of these ideas seem highly sensible and lie at the heart of many a startup’s strategy for going to market. However, Peter Thiel overturns these assumptions. He replaces these four general points of business strategy with some of his own somewhat contrarian ones:

1.) It is better to risk boldness than triviality
2.) A bad plan is better than no plan
3.) Competitive markets destroy profits
4.) Sales matters just as much as product.

In rejecting the lessons learned from history, the same lessons that have built in Silicon Valley one of the most powerful centres of wealth creation the world has ever known, he puts forward a very coherent, consistent and challenging alternative idea. He is adamant that, “To build the next generation of companies, we must abandon the dogmas created after the crash.”

So what is wrong with most of the companies being started or built today? Lack of differentiation caused by lack of original thought is his answer.

Commodity businesses have always had it hard. You set a price and a competitor with the same or similar product can undercut you. If your product is not differentiated enough then you have no choice but to undercut them in turn. It soon becomes a race to the bottom where profits are foregone for the sake of market share. The deciding factors in such a scenario are deeper pockets and greater business efficiency. The result is invariably a mediocre, at best, product.

Traditionally, economists regard the ideal market place is at its most efficient when governed by the forces of perfect competition. Peter Thiel points out that this is a fallacy and that a company that operates in a market that is in perfect competition is a market where no one makes any money at all.

The solution, therefore, is not to copy anyone else but to think for yourself and have faith in the originality of your own ideas. Use your uniqueness to your advantage. Create your own market and become a monopoly.

Peter Thiel’s assertion that the only way to make real money is to have a monopoly of a given market is a challenging idea. We have laws against monopolies and no customer likes to have only one choice of a service provider. However, if you want to make money being in effect the dominant provider of a given service or product is the only tenable and financially worthwhile way of operating.

If you take his point that real change and real growth comes from original thinking made manifest in new technologies then that original thinking constitutes the creation of a natural monopoly. At least for a certain amount of time. Which brings us to the idea of durability.

In what may be an interesting explanation as to why companies like Amazon are barely profitable The authors write that, “For a company to be valuable it must grow and endure.” And that while growth is easy to measure, durability isn’t. They are not fans of, “measurement mania,” and they believe that management time and energy should be focused on building a monopoly by wise use of brand, scale, network effect and technology.

To do this a company must start small and “dominate a large share of its market.” A company then grows by sequencing its growth to grabbing bigger shares of larger markets. Contrast this line of thinking to the current belief in startup circles that a that the ability to scale quickly is somehow a precursor for success.

They go on to be quite specific in that, “The perfect market for a startup is a small group of particular people concentrated together and served by few or no competitors.” The huge advantage is that once you have found the business whose customers meets that criteria then you have the opportunity to create your own future, right or wrong. You can avoid being taken down by competitors undercutting you or being dictated to by the bigger players stomping around in the sandpit you share with them.

A little after halfway through the book we come to, “‘Thiel’s Law’; a startup messed up at its foundation cannot be fixed.” As a founder of
Founder’s Fund, Peter Thiel has had the opportunity to review many startups from an investment perspective. When he studies the teams, (he is not an advocate of sole proprietorship because it limits what kind of company you can build,) he looks for how well the founders know each other and how well they work together. He places great value on how easily complementary skills and personalities mesh.

He then goes on to discuss the legal and financial aspects of a startup to which an entrepreneur should pay special attention. For example, “Recruiting is a core competency for any company, It should never be outsourced.” A particularly valuable rule that he had at PayPal was that he made every employee responsible for just one thing. It had two benefits. It made it easy for him to evaluate an employees performance and that, “…defining roles reduced conflict.”

The authors then go on to argue that humans and computers are separate categories and are not interchangeable. They ask us to change the question surrounding this problem, how can we use computers to replace people with the much more practical question, “How can computers help humans solve hard problems?”

This is a book that is all about questions. But the answers are only something that you, as an individual, can provide. The questions are a tool to give you access to thinking more clearly about a problem as opposed to providing the certitude of a right or wrong answer.

1.) The Engineering Question
2.) The Timing Question
3.) The Monopoly Question
4.) The People Question
5.) The Distribution Question
6.) The Durability Question
7.) The Secret Question

There is much more to read and learn in this book. It is fairly short but unlike most business books it is dense with useful ways to think about business and startups in particular. Staying true to his promise at the beginning, he uses questions to help us access his ideas and in doing so having us think for ourselves.

I would recommend this book to anyone thinking of going out on their own. The questions that the authors pose are challenging but they are designed to elicit answers that are uniquely yours. They help provide a path that leads to the building of uniquely differentiated products and understandings of what constitutes a successful enterprise.

One thought on “Review: Zero to One by Peter Thiel with Blake Masters”