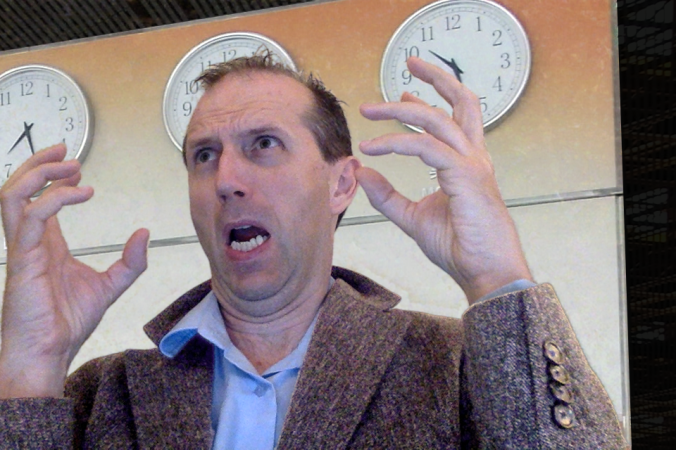 There have been a number of things about Facebook’s treatment of its users that have irked me over the years, from its cavalier attitude towards privacy to its attempts to “use your name, likeness and image for any purpose, including commercial or advertising”. However, the latest debacle over its experimental manipulation of what a person sees in order to determine the effect on a user’s behaviour has pushed me to consider my future as a Facebook user, or rather, my future as a non-user of Facebook.

I can only imagine the furore that would have ensued amongst users if I had decided to control the posts being displayed on the popular After Hours forum on boards.ie in my admin heyday by applying sentiment analysis or emotion detection algorithms and then hiding or promoting some posts to certain users, while measuring the resulting changes in subsequent posts. As an academic, I am sure I could have produced an interesting and possibly highly-cited research paper on this, but I could not know in advance that my tinkering wouldn’t have a drastic effect on the real-world behaviours of individual users exposed to the more negative posts.

(My colleagues at DERI, now Insight at NUI Galway, have created a system to examine the health of online communities, providing observations at a macro and micro level. Along with tools like the Text Analysis API from Irish-based AYLIEN, these insights into clusters, user roles, topics and content could be used to help administrators direct the future development of a community, but in a transparent manner and not after the fact).

While I couldn’t say that I am a power user of Facebook (most of my content is propagated from Twitter), I have made a significant investment in the platform, both in terms of time and money. I bought my username from a namesake, have run various targeted ad campaigns, and I’ve acquired a diverse 600-plus-strong network made up of a mixture of family, friends, colleagues and peers. I’ve been a member since the end of June 2007, so breaking up after seven years is hard to do… I also know a bunch of people who work at Facebook, both here in Ireland and in the US – they’re nice people, not evil corporate drones. However, it doesn’t change the fact that at times the company has displayed really poor judgement, and it has alienated a lot of people this week to the point of leaving the website.

Quitting from Facebook isn’t straightforward. There are two options: delete (permanently) and deactivate (temporarily, for as long as you want). You can find the deactivate option fairly easily through the Settings menu, but they deliberately make it difficult for users to actually go through with it, either by applying psychological pressure around supposed soon-to-be abandoned friends or because of a user’s administrative ties to created pages or applications.

For me, they failed in the former, because by showing me photos of a bunch of influential users in my network with captions like “X will miss you”, they probably chose the people least likely to worry about my insignificant ramblings. Will Pat Phelan, Patrick Collison or Donncha Ó Caoimh really miss (or even remember) my posts about Lego or how Galway is the best place to be for tech? No, Facebook, they probably won’t: they’re too busy rolling out fantastic products of their own to millions of users.

They tripped me up somewhat in the latter. I was the only admin for three out of my 10-15 Facebook pages, so I had to manually add some backup admins for those before I could deactivate. When it came to the nine or ten Facebook applications I had created, it told me that I had to add a new owner to each or delete the application before I deactivated. To be honest, I suspected that many of them were unused but I bailed out at this step as I didn’t have the willpower (or perhaps the courage) to delete them.

Before I started the deactivation process, I realised that the primary reason that I wanted to hold on to my Facebook account at all was so that I could administer various official or community pages when necessary. Deactivating my account would make it difficult to do this any more, without creating a dummy account in its place. So what was the alternative?

I decided that I could still choose to not make any new posts, to turn off access to future posts, to not allow others to post to my timeline, and to restrict new friend requests so that my account would be all but dormant. I also turned off the Facebook Platform, which disables third-party apps (like Twitter integration) and stops them from auto-posting content or doing other stuff to your account. You can also turn off access to all historical posts, but the system warns you that access can only be turned back on again on a post-by-post basis (a bit time consuming if you change your mind!). Facebook only lets you go so far with some of the privacy or access limits: some can be changed to “Only Me”, but many are at the “Friends of Friends” or “Friends” level.

It isn’t easy to port your content to another platform: Facebook does have a facility to download your content, which is straightforward and emails you a link to download a HTML dump that can be easily browsed offline. It doesn’t conform to data portability or interoperability standards, but a ScraperWiki script or something similar could achieve that pretty quickly. You can also add a trusted contact who can assist you with access to your account if you lose it, but you need to add at least three people, and I could only think of one.

On the plus side, by keeping my account active but dormant, I can still use my profile image and cover photo to make a statement. “I’m mad as hell, and I’m not going to Facebook anymore!”, “Follow me instead at http://twitter.com/johnbreslin&#8221;, or “Go use Google+/Diaspora*/[insert platform name here] instead…”

I haven’t done that just yet, but I have effectively disconnected from Facebook, removed the app from my home screen, changed my password to something that I can’t easily remember, and logged out all of my active Facebook sessions on other devices. How long will I last, and how long do you think you could last? Do you want to make tomorrow, July 4th, your “Independence from Facebook Day”?

You can listen to us discuss the Facebook news feed experiment in the latest Technology Voice Show.

2 thoughts on “I’m as mad as hell, and I’m not going to Facebook anymore!”