Tech startups face numerous challenges on the journey from a great idea to a great product. While Irish startups face the same obstacles as comparable entrepreneurs in Silicon Valley there is no question that the lack of direct access to venture capital can, with all other things being equal, be a project killer. Bootstrapping can only take an idea so far.

Best estimates suggest that $8-10bn has become available every year for the last few years for Silicon Valley VCs to invest in the tech industry. But getting access to the deal-makers is exceedingly difficult. San Francisco can be very hard on the pocket and there is only so much couch-surfing that anyone can stand. 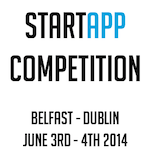 Phil McNamara, VP of Sales North America for Voxpro, understands the situation very well having, on occasion, provided his own sofa for Irish entrepreneurs who were passing through attempting to seek funding.

Out of his experience and observations he had an idea that was twofold in nature: Bring investors to Ireland to meet the talent that exists here. Then take the most promising projects back to San Francisco for meetings with VCs and other investors.

So the StartApp Competition came into being.

On June 3 in Belfast and June 4 in Dublin, investors from the West Coast will advise, mentor and judge contestants from all across the Irish ICT sector. The prize for the winners in each city is:

Despite having App in the title anyone from the Irish ICT sector can enter. Also, it is not necessary to already have a startup in operation. You may just be thinking about the possibility.

According to Suzanne Jordan, one of the event organisers, “Even if it is an idea. It doesn’t have to be something that is up and running and they need the next leg up. It can be an idea they have that they can pitch to this team of judges. And if the judges like this idea then they will surround them with the required help and advice.”

There is an upper limit in that the value of a startup should be under or around €650,000.

The final date for entries is May 12.

Suzanne says the response has been very good so far, “I am absolutely blown away be the talent in Ireland and I really think it should be promoted because Ireland has come through a very difficult time and you’re only led to believe that the talent has left the country. Absolutely not, the talent is in the country and this is a competition to say, “We want to keep the jobs in Ireland. We want to get the investors into Ireland and look what we can do.”

“Ireland is very well located to Europe. It’s not a huge sell to get these guys to come over. Ireland has a lot to offer. We have a lot of very well-educated ICT people in the country. There’s great skill here.

“We may be a small island but we are a very strong one.”