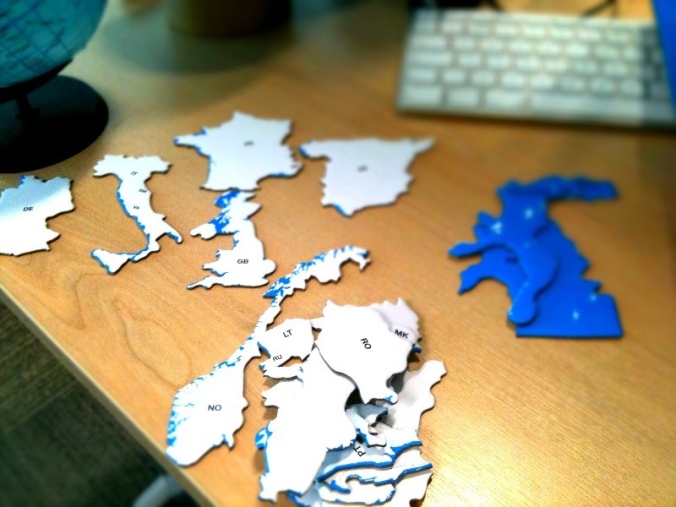 Recent studies have claimed that over half a million jobs have been created in the US due to the burgeoning ecosystem around mobile and social apps. But there is also anecdotal evidence that the corresponding app economy in Europe seems to be lagging behind significantly. The EC is funding a project named Eurapp to model and profile jobs generated by the European app economy, as well as highlighting potential opportunities for future success and growth. As part of this, Eurapp is now inviting solvers globally to generate ideas to solve major challenges facing the European app economy, with a total prize fund of €9000 and an additional €15000 to facilitate travel of the top ten solvers to a Eurapp event in Berlin this November.

Eurapp is launching two innovation challenges in parallel during August 2013 to crowdsource solutions to challenges for the app economy in Europe. During the five weeks for each challenge, solvers will have an opportunity to provide ideas on how to overcome various barriers and to trigger the growth of the app economy in Europe. The two challenges will focus on funding and scaling-up app startups, and on improving the capabilities of app startups to deal with EU-wide market conditions. The first challenge launches on 9 August and the second challenge will kick off a week later.

Martin Hahn from DG CONNECT said: “The EC has clearly identified that there is a need for action in the field of web entrepreneurship, and for now, we don’t have sufficient evidential data about what is going on in this market. The market is very new, rapid and diverse, so it is necessary that we have clear objectives and clear data.”

“Around about a fifth of the top-grossing apps in iOS and Android come from European publishers, so the majority are from the US,” according to Mark Mulligan, an analyst with GigaOM Research, a partner in the Eurapp project. “So many developers have a really small reach, and there is almost so much choice that it is becoming increasingly hard for consumers to connect with European developers’ apps.”

NUI Galway’s Dr John Breslin, leader of the Eurapp project, said: “In the interviews carried out so far and in our stakeholders workshop, one key challenge that was iterated again and again was funding. The consensus was that it can be more difficult to get the substantial funding required to sustain or grow an internationally-operating app business in Europe, when compared with our counterparts in the US. It may be the less risk-averse mindset in the US, or a lack of know-how in EU companies about how to promote and position one’s app in the market, or other factors.


Interviews with the European Commission, GigaOM Research and InnoCentive about the Eurapp innovation challenges

“Similarly, issues around regulatory and country-specific barriers – e.g. privacy laws, data access, and working in fragmented national markets – have been cited as problems by stakeholders, and gathered into a challenge we have called ‘EU-wide market conditions’. We hope the solvers can come up with some innovative ideas of how to address these challenges”, continued Dr Breslin. “We have chosen InnoCentive as the platform to crowdsource these solutions due to their large community of solvers and previous challenges around the web and data”.

Kevin Mobbs from InnoCentive, the crowdsourcing platform being used for the challenges, said: “We like to think of our approach as challenge-driven innovation, or open innovation. I think ‘open’ is the key word. Anyone can come along and answer questions: end users, the platform providers, the professional developers and the hobbyists.”

The solvers who put forth the top ten innovative solutions will be invited to a Eurapp event in Berlin in mid-November, where they will present their ideas for discussion with 80 stakeholders from the European app economy. For further details or to join the challenges visit eurapp.eu.