Some photos I took in 2009 at Java’s and their window display about a famous former waiter.

A favourite café of mine and many others in Galway City is Java’s on Abbeygate Street. In the late nineties, after a late night of playing computer games with friends, I’d sometimes wander in to Java’s for a hot chocolate before heading home. A few years ago, in 2009, I read about one of the waiters who worked there around that time. Turns out, I had unknowingly been watching this same guy on TV: he played the Sylar character in Heroes and had been cast as Spock in the new Star Trek reboot. I had a flashback: ahhh, that American waiter, yes, now I remember him from when he was in Java’s – so it was Zachary Quinto who kept losing my orders!

15 years later, Zachary was back in Galway to speak at the 25th Annual Galway Film Fleadh, where he took part in a Q&A session, discussing amongst other things his acting career, why he came to Galway originally, and how he uses social media. He was also on hand for showings of two films he co-produced: Margin Call and All is Lost. 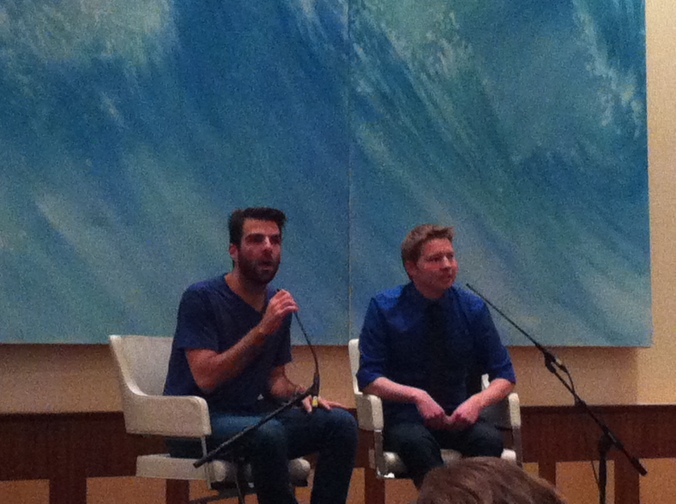 Zachary Quinto in the Q&A session with Will Fitzgerald at the Galway Film Fleadh.

When he arrived in Galway last Thursday, one of the first things that Zachary did was to go to his old place of work for a coffee. You can watch an Instagram video of a walk he then took retracing the route from Corrib Park through NUI Galway back to Java’s (and here’s a map if you want to try it yourself). The video has already been viewed nearly 9,000 times.

“Follow me up [on Instagram]!”, said Zachary. “I like it actually. You know I have a certain level of skepticism about social media, but I use it: a total necessary evil.

“But I think Instagram for me is my favourite of them. I don’t even really tweet any more except to link it to my Instagrams. Well, it’s so boring!”

With over 790,000 followers on Twitter (six times his Instagram following), that may sound like a lost marketing opportunity, or at least one for the future. Zachary Quinto Aftershave, anyone?

Zachary has European heritage: he is half-Irish (through his mother’s side) and half-Italian (from his late father). He did some research before coming to Galway in 1998, and found out that it was one of the fastest growing cities in Europe.

“It was at a time when I felt really there was a limitlessness of possibility, and that was incredible because it was the first time I travelled abroad by myself and decided to live in one place”, said Zachary. “I met great people and hung out with a handful of them last night which was great – we reconnected – thanks to social media actually. So that was kind of alright.

“It was a magical time. I was in college, and it’s just a really welcoming city. I felt really welcomed here.”

He also recounted some funny stories about when he was working in Java’s and how he lost some orders taken on notepad paper. The scraps of paper were left on top of a toaster oven, and either caught fire or fell in behind the toaster where Zachary couldn’t get at them.

Zachary has since gone on to star in Heroes and American Horror Story on TV, and movies like Margin Call and the latest installments in the Star Trek franchise. He also spoke about his friendship with Star Trek’s Leonard Nimoy, and a recent advertisement they made about the technologically-advanced Audi S7 car, “The Challenge“, as kind of Laurel and Hardy double act. (He asked us which one was the straight man, Laurel or Hardy, and I told him it was Hardy.)

Zachary also referred to a third Star Trek movie that may begin filming in 2014. He hinted that he would be interested in a cameo in the popular science geek sitcom, the Big Bang Theory, something that Leonard Nimoy has already done.

“My cardboard cutout has already been on it, you know. I had to give my permission for them to use it. I have been mentioned two times on it, actually.” 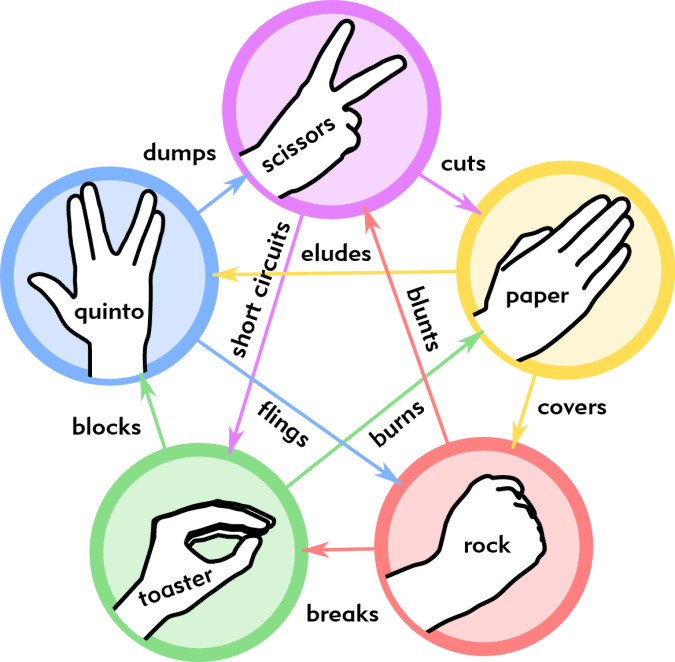 As well as Zachary, Galway has some more connections to the world of science fiction and fantasy. Former NUI Galway student Martin Sheen has been in his fair share of science fiction. JRR Tolkien was once an external examiner at the University and a regular visitor to Galway. Planet of the Apes actor John Huston lived for many years in Galway, and the University’s Huston Film School enjoys patronage from the Huston family. Fictional character Angel from Buffy the Vampire Slayer was purportedly born in the Claddagh. Eye Cinema‘s design was inspired by Thunderbirds. Futuristic anime Fractale features backdrops from Galway. And the National Computer and Communications Museum uses Star Trek to illustrate future technologies to visiting school kids (plus they have a fun Uhura and Spock head cut-out board: now there’s a future photo op for you Zachary!). Know of any others? E-mail us at editor@technologyvoice.com.

One thought on “Zachary Quinto Talks About His Return to Galway, Social Media and the Big Bang Theory”