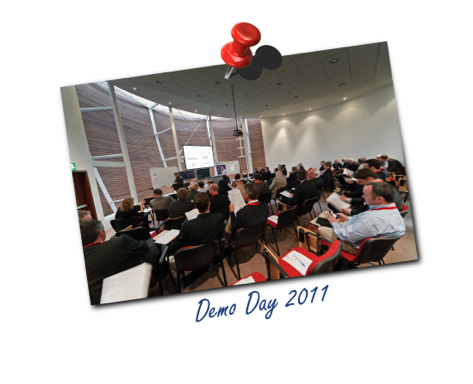 The Demo Day comes at the end of months of hard work creating, innovating and developing a product and structuring a viable business proposition. The culmination of all this focused effort takes place at an event where the companies get to pitch their projects and ideas to potential investors.

The companies are supported by the DCU Ryan Academy team and have the constant availability of guidance and advice of over 60 mentors.

We spoke to the Venture Manager at DCU Ryan Academy Propeller Venture Accelerator, Terence Bowden about this year’s programme.

Terence explains, “We have got six companies presenting to both national and international investors. They will each make a ten minute pitch to the investors in the hope, looking forward, that they will be able to raise the next round of funding.”

For this, the second Propellor programme there were 137 applicants this year, double the previous amount.

Terence says that in addition, “The quality of the applicants that have applied to us has jumped significantly compared to last year.

“Applicants were coming from Rwanda, South Africa, China, New Zealand, India, Israel, Brazil, Canada and three from America. Plus a host of other European countries. People are noticing that we have a very good programme and people want to apply to Propeller.”

Last year the companies involved in the demo-day raised $1.73 million and as a result 28 jobs were created.

Terence says this year, like last year, the companies are of a very high quality and he has high expectations for their success.

The event is invitation only as Terence reckons, “We’d have everybody lined up outside wanting to get in. Whose going to be at the event? Basically, it is going to be investors.

“The mentors are going to be there as well. These are 65 people who really helped the companies to grow and accelerate up to the level they are at now.”

The six start-ups who will present at the 2012 Demo Day are: