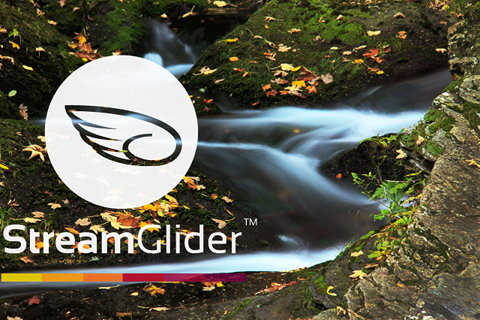 StreamGlider Pro version 3 offers several UI/UX improvements and adds geo-awareness to its abilities. Consequently, information from social media can now be filtered and delivered based on the physical location of the user.

StreamGlider is a new alternative to distributing content via Flipboard, Pulse or other third-party newsreader apps. Designed with the enterprise in mind, it lets publishers, brands and enterprises rapidly create and deliver their own state-of-the-art white-label iPad magazines and newsreaders for their internal or external audiences.

Or, for higher value, private-label customization can be provided. In addition to public news and information sources, in-house, proprietary, and enterprise databases, documents, linked data, and other knowledge in the enterprise can be delivered to authorized users. Semantic filtering and searching can be provided for private-label versions as well.

“Now anyone can make their own branded iPad magazine that is as powerful as best-of-breed apps that cost tens of millions of dollars to develop,” said Nova Spivack, co-founder and Chairman of StreamGlider, “And best of all, they can do it as cheaply as they want to.”

StreamGlider is a powerful platform to build on. It is the first news and information delivery application to provide multiple viewing modes, real-time stream updates and sophisticated mashups. StreamGlider is currently available only for iPad, but support for Android tablets is coming.

“StreamGlider Pro version 3 is one of the most significant releases for the iOS environment. It’s the equivalent of a WordPress for tablet publishing,” said Bill McDaniel, co-founder and CEO of StreamGlider. “We’re already developing custom versions of StreamGlider for private-label partners in e-learning, financial services, and publishing.”

StreamGlider, Inc. is also announcing a new StreamGlider Solutions Consulting service whereby the app may be deeply customized for clients by the StreamGlider development team to meet specific needs. “This service provides what we refer to as the private labeling of the app, as it goes far beyond the simple white labeling concept”, McDaniel said.

StreamGlider, Inc. is based in Los Angeles.