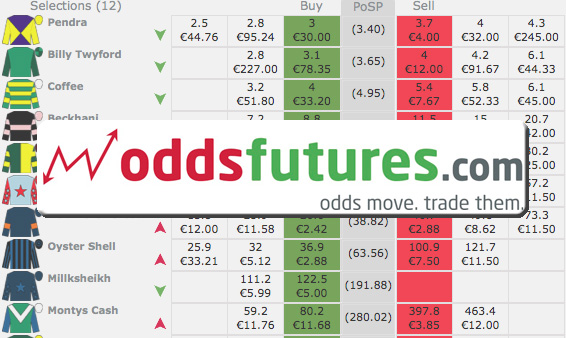 It is one thing to bet on horses, or whatever else that may take one’s fancy, but it is a somewhat different thing to bet on those bets. In the former, the money is wagered against a given set of odds and that money is either returned as part of the winnings or is lost forever. The bet itself has no value outside of the predicted outcome.

In the latter, the speculation takes place around the nature of the betting activity itself. As information and mood changes in the betting market, injuries, jockey changes and so on, the odds shift. The individual bets have been commoditized and form a market that can be represented by an index in which people can now wager on whether the odds will get better or worse and it now becomes possible to buy or sell those predictions.

As betting activities become a market in themselves it becomes possible to profit from forecasting market activity rather than forecasting a winner. Taking positions on these possible outcomes allows for a number of very important things to happen.

As you are speculating on a change in the market rather than the outcome of a given race then because values tend to change over time the value of a given wager will also change. This allows for the possibility of being able to buy and sell your position according to the specific terms of the market you are on and not be stuck with a bet on a horse, or whatever, which has no transferable value once the money has been laid down.

Since the wagers in this system have inherent value and can be transferred by buying or selling then some sort of mechanism is needed to manage the transactions. This is where Oddsfutures comes into action.

“CEO, Marc Butterly, along with his brother and CTO, Andrew have created an exchange where these sort of speculative transactions can take place.

Marc explains the genesis of Oddsfutures, “We’d seen the direction of the online Forex and financial spread-betting business. We didn’t think there was a lot of product innovation there. We saw that the betting industry is ripe for the opportunity to use a new product like this.”

If you think a horse is going to drift out, i.e., it’s going to be less favoured in the market then the market will put up the potential return for a bet on that horse and you sell it. If the market’s perceptions of its chances of winning increase then you buy it. You profit from forecasting market activity rather than forecasting a winner.

“Effectively, you are speculating on an index so it is basically a zeitgeist punt. ‘Do you think the zeitgeist is right or wrong? Which way do think it is going to go?’ It is for anyone who has an opinion about value in sports or in sports markets.”

An important aspect for the future growth of Oddsfutures is that bets are seen as an underlying commodity like coffee or wheat. Therefore, Oddsfutures are providing a commodity trading service in a derivatives market which is not seen by the relevant U.S. authorities as gambling.

This allows for a wider geographical set of clientele, “We are not classed as gaming so can take American customers. In the UK and Ireland we would have people who were trading in exchanges already and are looking at it as a hedging instrument. But it’s also for informed sources on a given sport who already use some of the betting sites.”

Marc says users have trebled since last November but it has taken some time to reach this point. “It took us about a year and a half to build it. We’re fortunate that we have a strong CTO in my brother Andrew. It took a while to get things right.

“We have added an API recently which allows other people to develop trading platforms on top of our exchange. I’d say that within two months we would see a new generation of API driven products.”

A future hope is that Oddsfutures will end up being the reference index for pricing.

According to Marc, “That’s what happens when futures markets are successful. People go to them to look at what the prices might be because that is where the early money is and where the smart money would go.” 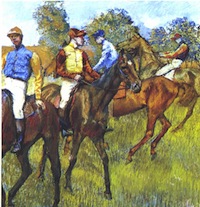