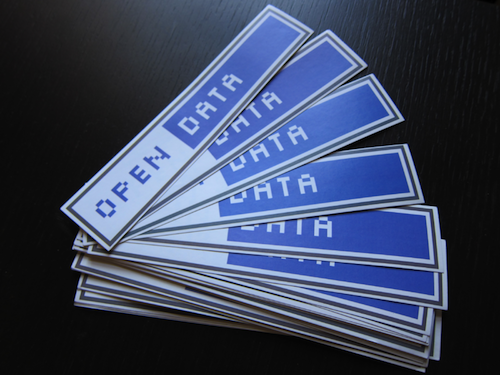 One of the important takeaways from John Breslin’s recent article, Dealing with Information Overload, is that as we move further into the 21st Century in order to be able to cope with the rampant growth of data, all the services needed to manage it and make it useful will also have to grow at a relative rate.

This rapid creation of data is the most significant phenomena of modern times. (Just for argument’s sake I include Global Warming in that claim as it may be data modeling and prediction that will be what will help us survive and manage the changes.)

But this growth is largely built around innovations that allow for more of the same with less time cost and energy. More transistors on a chip using new materials and manufacturing processes, and so on. Moore’s Law predicts this fairly well.

However, the real quantum leaps in progress will come from new ways of accessing the data that we already have and are adding to daily. By re-collating information and applying it in ways that perhaps were totally unintended to what it was originally collected for we can expect significant new results and insights that can really inform change and development.

These leaps won’t be intentional but will be the inevitable consequence of using better information, more effectively, efficiently and profitably.

The first step is to connect the people who have the data and who want it to be useful and meaningful with the people who can do just that. The former, in this case, is the Irish Government and the latter are the members of the Irish Software Association (ISA.)

The second in a series of workshops organised under the chairmanship of Brendan O’ Reilly from the ISA’s Procurement Group will take place:

According to Brendan the series of workshops are in the context of, “A focused agenda. What we are always looking to do is improve our market share on behalf of the members with the government. That’s the purpose of the group.”

Over the last two years the members of the Procurement Group of the ISA have been meeting the technical architects or CIOs of various government agencies such as Revenue, Agriculture and Social Protection to discover what is at the top of their list of priorities.

Using this knowledge of what solutions government might wish to procure, Brendan says, “What we then do is run a workshop on each of those themes. It is about what might happen at some point in the future and the products which our members might build. The reason people should attend is for the opportunity to meet government buyers. It is getting people into the same room and talking to one another.”

Brendan is clear about the importance of this sector for software producers. “Data is a very valuable resource. There are various different agencies providing datasets which offer potential for people if they can join them together and add value. But it’s a lot of cost. You have got to invest quite a bit to be able to that and then you have to figure out recover that and monetize the opportunity around open data.

“There are very few people out there attempting to do it but that’s because there’s not enough knowledge out there about how to monetize it.”