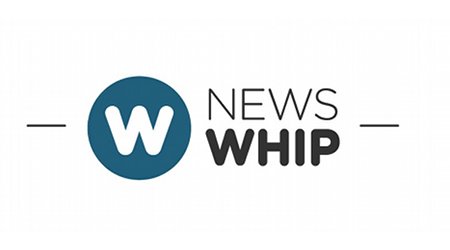 For Paul Quigley, news has always been his, “first love”. When he left a career as a lawyer in New York, he revisited his days of college journalism and started a satirical news site called NewsWhip.

However, he soon began to look beyond the traditional model of news distribution, and after meeting EasyDeals.ie co-founder Andrew Mullaney, the pair reinvented NewsWhip as a social news aggregator, which tracks the speed and volume at which stories are spread globally through social media, and lets the reader know what stories are piquing people’s interest around the world in real time.

“News was always distributed in a one to many model; one place producing the news and distributing it individually to everyone,” says Paul.

“How we look at it is before newspapers, people just told news to each other. It was kind of social activity rather than a product, and we’re we’re returning to that model again because people are increasingly discovering news socially and sharing that news socially through the web.”

While sites such as Google News do a similar job in aggregating news, what makes NewsWhip different is that it measures the interest in a news story in real-time, continuing to track the speed at which it is being shared on Facebook or Twitter.

“When a story gets published, that’s when we get to work. We detect about 60,000 new stories each day as they’re published and we see how fast they’re spreading at that point,” explains Paul. 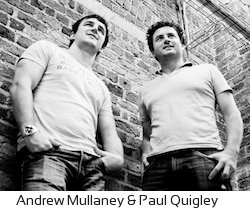 “What we do differently to what other people are doing with social data, is we keep checking in again and again, so when a story is first published we check and see how many shares and tweets it gets in the first ten minutes, and then we go back again ten minutes later and check again and again.

Users can also tailor their news experience by selecting news feeds from different countries or different news areas such as tech, politics, or sports.

“The key thing is really about the speed at which things are moving through the social web. That is what we’re trying to capture.”

The most exciting thing about NewsWhip according to Paul (and I’m inclined to agree) is that, “It’s like we’ve got a billion editors, so you get to see what the news would look like if everyone was the editor, so it’s very democratic in that way.”

By way of an illustration, Paul tells me that the fastest spreading international the previous day had been an article from U.S. tech site Slashdot about opposition to the Stop Online Piracy Act.

Other news organisations such as News Corp, for instance, have not granted this story such prominence in recent days. A site like NewsWipe tells us what everyone is reading, not what they are being told to read, taking a degree of power from media moguls.

NewsWhip was a participant in the NDRC’s LaunchPad programme last year, and the experience was an extremely positive one for Paul, “I can’t speak highly enough of it.”

This month the he and Andrew have moved into Dogpatch Labs’ European offices in Dublin, a place he likens to “Willy Wonka’s factory.”

“Being in Launchpad was really good for focus and mentoring, and now we’ve moved along, we’re here in a place where there’s a golf-putting green and a pool table and a fridge of beer.

“While we’re generally too busy to enjoy those things, the fact that they’re there makes us really happy.”

The main benefit of both these programmes seems to have been the presence of other startups to bounce ideas off.

“We face common problems as startups, so I’d be a big advocate of the open, shared space, whether it’s LaunchPad or Dogpatch or any of the other accelerator programmes.”

The next move for NewsWipe is to develop its range of products further. Plans are in the pipeline for introducing a service for media organisations that will allow them to track what stories are becoming popular as well as an email alert service for the public which will allow them to keep track of what news story is trending in their chosen topic.

3 thoughts on “NewsWhip: A Democratic Way of Tracking News”