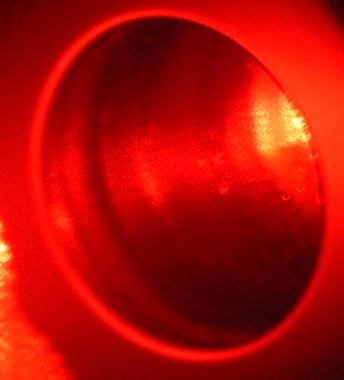 Instead of creating a whole new storage system to replace the hard discs that we use in in our computers it would be much more advantageous to fit more information into the same space. However, when the physical size of these data areas start to become measured in nanometers certain technical roadblocks to progress are encountered.

One such roadblock is being able to make the information stored on the magnetic material stable enough for prolonged repeated use while having the smallest possible footprint.

According to John Donegan, Professor of Physics at Trinity College Dublin, “If [data] is not stable on your disc then maybe when you come back to read it in a week or two the information is gone. That’s a disaster.”

For the information to be stable and available for a long period of time the recording material to needs to have a very high Curie Temperature. The Curie Temperature determines the point at which a given material can have its magnetic properties altered. For the hard disc drives we are used to using the desired Curie Temperature would need to be higher than any likely temperature to be found in the operating environment to prevent the magnetic material from losing the stored information.

The research that Professor Donegan and his colleagues and associates at the Centre for Research on Adaptive Nanostructures and Nanodevices (CRANN,) the Science Foundation Ireland funded research centre based at Trinity College Dublin, are involved with involves heating a very small area of the disc in a fraction of a second. Information is stored there quickly and then moves on to the next spot on the material.

CRANN recently announced a research arrangement with Western Digital. “What we are doing with Western Digital is looking at how make that spot as on the surface of the material as small as possible.” Using heat assisted magnetic recording as much as 10 times more information can be stored.

Schematic of the EAMR (energy assisted magnetic recording)
The laser light through the NFT (near field transducer) heats the surface
to above the Curie temperature. The magnet write pole then writes 1 and 0
on the surface of the disk.

The recording material is iron platinum but Professor Donnegan’s expertise in optics – the study of how light interacts with materials – is involved in using light in the form of a laser to transmit information to the disc.

He goes on to explain, “People will be familiar with the idea that if you shine light through a lens you can see a small spot of light where it comes to a focus. The spot, when using a normal lens, can be made to the size of one micron and that is one millionth of a metre in size.” But that is still a very large space for information to occupy in comparison to what can be achieved by the technology the CRANN team is developing in conjunction with Wester Digital.

“The idea is a simple one…although the physics is difficult.” Professor Donegan explains further. “We have a small channel that we put at the focus of the light (which would be from a simple lens)…The light will then travel down that small channel and make a spot smaller than what we would get with the lens itself.”

The light is produced and transmitted by a commercially available diode laser operating on or near a wavelength of 830 nanometers – just on the edge of visible infra-red.

The nanoscience comes into play with the construction of the light guide, “The channel is 40 to 50 layers of atoms thick…” Starting with a clean surface individual layers of atoms are laid down, ‘grown,’ to the requisite thickness. Light from the focal spot of the main light is guided down this channel and focused on to the surface of the disc.

In a combination of power and focus the surface of the material can be heated to about 300℃. Professor Donegan explains, “It gets very hot but only for a very short period of time — a tiny fraction of a second. Then the laser spot is moved on.

“The material heats up very quickly but cools very quickly as well. The numbers we are talking about are in nanoseconds which is 10⁻⁹. So, it is really a very short period of time for this to occur.” In 10 nanoseconds the whole operation is over and done with; the spot has been heated, the information has been recorded and the device continues to the next spot.

One big advantage of this approach is that this technique can be adapted and applied to technologies that already exist. This saves on implementation costs and makes it more likely that we will have this technology in our computers sooner rather than later.