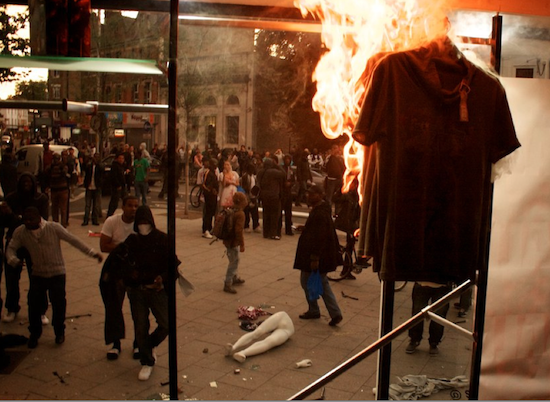 A much discussed topic in recent days among the media and the general public has been the role of social media in enabling the organisation of some of the disorder witnessed in the past few days in London and other UK cities.

Many have laid the blame for these riots at the foot of social media services such as BlackBerry Messenger (BBM), Twitter and in a lesser role, Facebook. The Daily Mail has gone so far as to claim that the North London riots were “fuelled by social media”.

BBM seems to have been the tool of choice for many of those involved to organise their troops. Because of the private nature of the service; users must exchange a PIN before making contact. This makes it very difficult to trace or track these messages once they have been sent and prevents the authorities from anticipating the moves of the rioters.

One message sent on Sunday night called for rioters to meet at Oxford circus where they claimed “Bare SHOPS are gonna get smashed so come get some (free stuff!!!)”. According to consumer surveyors Ofcom, 37% of British teens are BlackBerry owners.

Twitter seems to have played a secondary role in the action by merely shadowing the messages on BBM, directing other users to check out statuses and images that were being posted.

In response to the negative connotations associated with social media following the riots, clean up operations are now taking place around the UK using the very same services. The Riotcleanup twitter page now has over 87,000 followers with individual pages being established for the other various cities affected following the original outbreaks in London.

The Post riot clean-up: let’s help London, Facebook page has now over 19,000 followers and is being used to direct volunteers to help clear the streets of the worst affected areas.

In addition to this the Metropolitan Police have created a flickr page to post images of the looters and rioters in a determined effort to track them down and see that they receive punishment.

In spite of being blamed for instigating the riots, social media is now emerging as the organization tool of choice for organising the clean up operation and assisting the Metropolitan Police in identifying the perpetrators.

One thought on “Social Networks Don’t Cause Riots — People Do”