Martin Casey co-founded digital media company Arekibo in 1999, and despite its success, he feels that the availability of a private investor fund to help Arekibo’s development would have been a great help, and something that is lacking in the Irish startup community.

Twelve years later, he doesn’t think that much has changed in that respect, and Arekibo has launched Arekibo Ventures, an angel seed investor fund for Irish startups.

“There’s no use waiting for someone else to do it, we just felt that it was the right thing to do,” says the South-African born entrepreneur, “It’s no good talking about it and saying, “wouldn’t it be great if it happens”, we just have to do it.”

Having built much of its business around developing online strategies and branding for businesses, Martin feels the time is right for Arekibo to, “put our money where our mouth is.”

By Arekibo having a “vested interest in making sure that it has the best chance of becoming successful,” the startup is getting the most utility possible out of the resources available to them.

“I think it is a very odd thing for a digital agency to open up a seed fund, but at the end of the day we want to see companies succeed, we’re startup people. To me it just makes sense, we want to make things happen.” 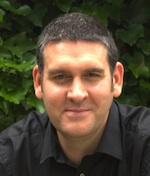 While Martin insists that he will not be seeking a place at the boardroom table of any funding recipients, he wants Arekibo Ventures to utilise the full array of skills available in the Arekibo stable to ensure the success of any relationships.

“We have funds to invest plus we have very important expertise that we believe these companies need. So it’s a kind of added piece that we can bring; we’re not just a guy who’s going to introduce you to two or three people, we’re actually going to be the people who roll up our sleeves and actually get involved, but we’re not trying to take over at all.

“Today funding is difficult. It takes a long time, it takes a special skillset, it can take away from the core idea, because you get caught up in business plans and the mind is screwed with questions.

“We think that we can help people with that because we’ve been there, done that, and we can fit into a specific area where we can get some of these companies ready to go to the big guys.”

As regards what type of company Arekibo might view as suitable for investment, Martin is open to different approaches, not just from companies in the digital space, “it’s kind of horse for courses, it’s trying to find a good fit.”

“You can tell very quickly if someone’s going to fit in, or if it’s too early or if someone’s too brash. At the end of the day, we don’t want to mess anybody around, we want to be someone who can look at someone in the eye and say right we’re interested we want to do stuff with you, let’s make it happen. 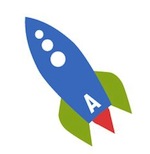 “Obviously as a seed fund, that’s what it is, you have to plant a seed and you have to water it and nurture it and that’s where we want to be.

“It’s not just about you trying to win us over, we have to win you over, because ultimately this is about a long term partnership, we obviously want this to work. It’s a case of if you like the look of us and vice-versa, and we think that we could do stuff together then, hey, let’s do it.”

Martin believes that there is a, “very healthy environment” in Ireland at the moment and there is, “a lot of goodwill about people wanting to make things happen, particularly in the digital space,” however he also thinks that there is a reluctance amongst Irish entrepreneurs to promote themselves, an endemic modesty which can negate much of the good work being done here.

“I don’t think we say enough, I don’t think we promote ourselves enough. I think we’re quite happy to keep under the radar, whereas I think we’re got to learn how to promote ourselves, we’ve got to learn how to speak about how we’ve done stuff, we’ve got to be prouder of what we’ve achieved because there’s some very, very smart people, there’s some wonderful ideas here.

“Why do we always have to look over the water for these things? It is happening here, and we’ve just got to tell people, show people that we’re achieving.”

“The reason that I wanted to do it fundamentally is because I believe that people like myself have to step up, and make it happen. There are lots of guys at it and who have been at it longer, I suppose this is just our small part and hopefully the companies that we are involved with and who choose to work with us can become successful. You never know, it happens all around us and we are where we want to be, we are the silicon valley of Europe. Why not?”