The Sunlight Foundation was founded in 2006 and is dedicated to creating a more transparent government through the use of technology. The idea is that government would be more accountable if journalists and citizens had more access. The decision making process would be less opaque and more light could be thrown on what influenced on why certain decisions were taken in the first place.

The goal is to change how the government (the United States government in this case) shares information with the public and release information in more meaningful ways.

Transparency makes accountability possible, which is the acknowledgment and assumption of responsibility for actions. Many people believe that citizens have the right to access the documents and proceedings of the government to allow for effective public oversight.

Many people will think of transparency and automatically think of WikiLeaks but John says his organisation differs from the work WikiLeaks does. The main difference is in the mechanisms the organisers utilise, “Leaks are very important for creating accountability and keeping check on abuse of power, however you can’t rely on leakers to leak everything, that’s only one piece of a broader sweep of accountability mechanisms.”

One of the tools that Sunlight uses on a daily basis is Influence Explorer, “You can look up a business and see who they’re hiring to lobby for them and what money they’re giving to politicians.” 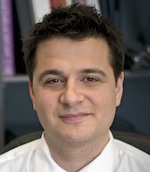 “That’s a powerful combination when you look at those different information sources in context with each other. One of a number of websites we have built that has the same focus on influence is OpenCongress which gives information on what congress is doing and puts this information online in a user friendly way.”

Nor is the Sunlight Foundation dependent on government cooperation. They lobby for the government to release information in more meaningful ways, “When they’re not willing to, we’re more than willing to pick up the slack and build tools and databases ourselves or even collect information ourselves to start communicable access.”

In a previous article, “How Open Data Can Be A Better Path To Job Creation Than Stimulus Packages” we pointed out that, “Unless people are free to access and make use of information, then the value of the data is zero. Making it available makes it valuable. It is axiomatic that the more relevant and useful the information that one has at one’s disposal then subsequent decisions are much better informed. “

The value of transparency is that it allows citizens to better understand what their government is doing. The global crises of the past few years are less likely to reoccur if citizens and journalists have better access to information and can form personal opinions on representatives and their choices regarding decision making.

For accountability to be present there needs to first exist accounting, a system whereby anyone who engages in an action can then be traced back to their action. An absence of accounting means an absence of accountability. This is the aim of The Sunlight Foundation, to use the power of the internet to catalyze greater government openness and transparency, and provide new tools and resources for media and citizens, alike.

In the same sense as we have the freedom to shop online, view all prices for a product and develop an understanding of what a fair price is, we should also be afforded the same luxury when choosing a good government representative and making ourselves more knowledgeable of what constitutes a reasonably reached decision..

To repeat what John Wonderlich said, “Representation is only possible if you understand what your representative is doing.”

You can contribute to the open government movement or support open government in your state by visiting sunlightfoundation.com. Alternatively, the The Sunlight Foundation can be used as a model to form like-minded organisations in other countries.