Last weekend, a petition was presented to the Irish government and the CEO of Aer Lingus, Christoph Mueller, to reinstate a direct flight between Ireland and Silicon Valley.

Up until 2007, there had been direct flights between Dublin and San Francisco, but should the flights resume there seems to have emerged in the interim a very good case for San Jose to become Ireland’s connecting point to the Valley.

Sam Liccardo, San Jose Council Member for the Downtown District points out that “San Jose offers an airport that has far greater proximity to the great technology titans of Silicon Valley whether it is Intel, Cisco, Google or eBay than any other airport in the country.”

Well over a billion dollars has been spent on rebuilding the Norman Y. Mineta San Jose International Airport (SJC), and it is the most technologically-advanced facility in the United Sates.

It also has another advantage over its northern neighbor San Francisco International (SFO) in terms of superior on-time perfomance. This is because SFO is frequently fog-bound while San Jose benefits from 300 days of sun even though it is only some 34 miles down the road.

For an Irish executive or start-up team with a dream and an innovative idea, San Jose has other advantages beyond a convenient place to disembark a plane. Sam explains that, “San Jose offers a fertile ground for innovation — particularly from abroad. 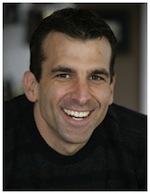 “We are proud to be the home city of the Irish Innovation Center which is growing rapidly downtown. We have a city-sponsored facility called the Market Center which provides a landing pad for companies looking to scale their operations in the Valley.

“We get the value of foreign engagement because over half the startups in the Valley can trace their routes to a founder who is born outside the United States. San Jose offers the country’s most diverse and well-educated work force including an experienced and professional set of managers that can help any small company scale quickly in this rapidly changing environment.”

Tom McEnery, author of the article The Awakening and ex-Mayor of San Jose, has this to say about why it is a viable candidate for being the direct link between Ireland and Silicon Valley.

“The direct flight from Ireland to Silicon Valley is an absolute necessity and a piece of Ireland’s economic resurgence. The San Francisco flight was fine but I think it is imperative that you go where the most help, support and, frankly, most money is.

“The venture capital in Silicon Valley dwarfs every area of the United States put together. The conglomeration of Irish-American and Irish executives and CEOs here have proven again and again through the Irish Technology Leadership Group that they stand ready to actually do something as opposed to attend seminars.”

There is also a historical relationship between Dublin and San Jose that goes deeper than them being sister cities. As Tom points out, “San Jose in the past has been a great partner to Dublin. We provided the IDA with an office rent free for over three years. We set them up with CEOs and meetings that certainly contributed to deals with people like Intel and Seagate.

“For the Irish government to look at the cost ramifications of some flight from Dublin to San Jose instead of looking at the larger picture would be the epitome of being penny-wise and pound-foolish.”

In light of its all-round attractiveness – location, access to capital, customers, staff and professional services – it may also be wise for both the Irish government and Aer Lingus to seriously consider San Jose as the gateway for Irish enterprise in to and from Silicon Valley.

One thought on “San Jose: Gateway to Silicon Valley”