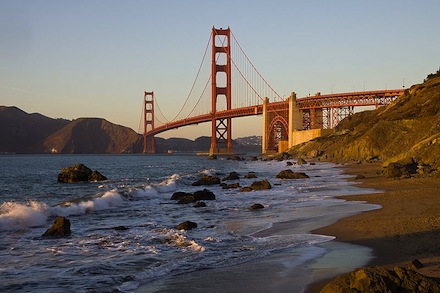 With the stated aim of teaching, “business skills to university researchers and scientists,” the Science Foundation of Ireland (SFI) has partnered with the Dublin City University (DCU) Ryan Academy. In addition, entrepreneurship training for postdoctoral researchers at research centres will be provided in Universities across Ireland.

The program is part of SFI’s TIDA (Technology Innovation Development Award) 2010 programme. At the end of the programme participants will pitch their ideas to a selected panel that will include a representative from the Irish Technology Leadership Group (ITLG).

The ITLG will then host the team with the winning presentation for a week-long visit to Silicon Valley which will be facilitated by the SFI. The visit will be an opportunity for the winning researchers to meet members of the venture community and leading technology companies.

The ITLG recently signed a memorandum of understanding with Dublin City University to promote technology innovation, the latest in a series of alliances between the group and Ireland’s universities. The partnership, with an initial duration of three years, aims to form a strong engagement between DCU and ITLG.

DCU was originally established in 1975 as a National Institute for Higher Education with a focus on science, technology and business, and was awarded university status in 1989. There are now over 11,000 students registered at DCU, with a quarter of these at graduate level. The university is a strong promoter of both entrepreneurship and innovation, incorporating the DCU Ryan Academy for researchers and entrepreneurs in Citywest, and the Invent enterprise center for technology-based startups on the main DCU campus.

With a significant focus on research, DCU is a collaborator or leader in three of Science Foundation Ireland’s CSETs (Centers for Science, Engineering and Technology): CLARITY, a center for sensor web technologies; CTVR, a telecommunications research center; and CNGL, a center for next-generation localization.

Commenting on the alliance with ITLG, Brian MacCraith, President of DCU, told us that the seeds have been sown for substantial industry investment in the future, both during and beyond the three-year partnership. There are plans to develop a competency centre with the help of ITLG, specializing in market-led innovation.

The University wants to create a stronger affiliation with Silicon Valley, through mentoring programs for graduate students initially and for undergraduates later on. Another desired result from the partnership is the development of a framework for deeper research initiatives.

In 2010, the ITLG announced a partnership with NUI Galway, the University of Limerick, and Shannon Development to form the Shannon Energy Valley initiative – a national hub for energy research and development – aiming to position Ireland as a leading innovator and developer of clean technologies. The ITLG also signed a memorandum of understanding with Trinity College Dublin (TCD) and UCD in 2009 to support technological innovation by university spinouts and to assist these companies with business opportunities in the United States.

As well as running a yearly University Challenge Award for university spinout companies, the ITLG is also beginning efforts to support Irish students looking for experience in the US through a Silicon Valley mentoring program. In conjunction with the Silicon Valley Bank (SVB) and the Irish Department of Foreign Affairs, the program has access to a network of 14,000 companies in which Irish graduates can either apply for mentoring or for a full internship.

You can also view a brief video report on this subject by Ina O’Murchu.