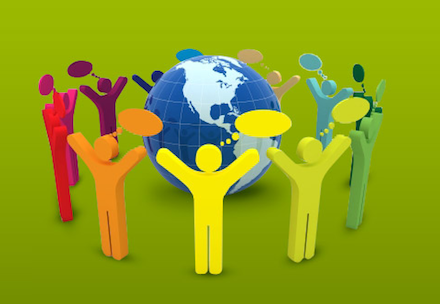 Chris Small is originally from New Zealand and is now living in Ireland. When he first arrived he set up a small advertising agency and consultancy which he later sold to a much larger firm. His current project is VendorShop which enables businesses to sell products on Facebook.

VendorShop powers stores and is not a store itself. The users of the service sell everything from fresh chillies in the United States to both restaurants and individuals right through to World Vision Ireland who put their alternative Christmas catalogue online and you can go and buy an immunization for €15.00 for a child.

As Chris explains that as opposed to conventional methods of ecommerce, “One of the fundamental things about why Facebook is the new place to be when going online is because the future is about activating social commerce.

“A very simple way of looking at it is that if I am shopping on a VendorShop store what I want as the vendor is for you to buy something. What would be even better would be my buying something prompting my friends to buy something as well. That is what Facebook is all about. It is about friendships and encouraging the friendships to encourage buying.

“When you are talking about social commerce as opposed to ecommerce where I might use google ads and other tools to drive traffic to my site all I have to do is to get a person to get buying and interacting. Because as a shopper when I interact with your site something goes up on my wall and all my friends see it. So all of a sudden I got this much bigger sales force out there pulling people in as compared to having to advertise to do it.”

A key aspect to how VendorShop works is in its ability to take advantage of Facebook’s social graph.

“We’re about individuals saying, ‘I got this fantastic deal and I am going to share it and I share it on my wall with my friends.’

“If I am buying something in the real world you can say, ‘I got a deadly pair of shoes the other day and I bought them in XYZ shop.’ to your friends when you are having a coffee. Exactly the same thing can happen in the online space on Facebook because that is how Facebook works. Facebook is all about connecting your friends together so friends can ultimately see what what you are doing and get implied recommendations as a result.”

Chris is a participant of the Propeller Venture Accelerator Fund program at The Ryan Academy for Entrepreneurship in Dublin, Ireland.

Over a period of three months startup and early stage companies are given space and some funding to take their businesses to the next level.

A resource of prime importane for the teams on the program is the access to a group of more than forty mentors covering all the diverse areas of business such as legal, sales and marketing, strategy, funding processes, and so on.

“We know lots of stuff but there is lots for us to learn. That is what we are finding in terms of the program. We are meeting people who do a number of things. They allow us to bounce off thoughts and ideas. They may be about business structure. We met our legal mentor last weekend to talk about the best way to structure our business in order to get the next round of funding that we need.

“We talked to other mentors about the people they can, ultimately, introduce us to. We are growing really quickly but we want to grow two or three times more quickly then we are growing now. We want to have hundreds of thousands of stores on Facebook in a pretty short space of time.

“Also, for a small early stage company it is hard to cover all the bases. Being able to get all the expert information really quickly is brilliant. Literally, to be able to just pick up a phone to some of the people we have who are mentors and ask their opinions on stuff or get them in and throw around a few thoughts on the table is a great thing.”

2 thoughts on “VendorShop: Making Use of Facebook’s Social Graph”