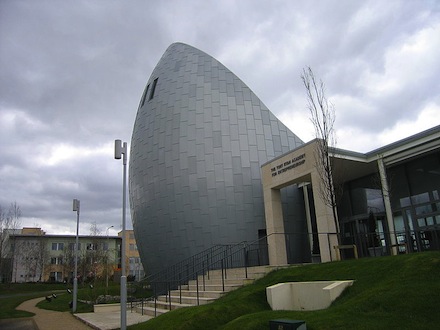 The Propeller Venture Accelerator Fund is an initiative of The Ryan Academy for Entrepreneurship, a wholly owned subsidiary of Dublin City University. It has €1 milllion with which to fund up to twenty-four early stage companies over a two year period.

Gordon McConnell is Deputy-CEO and Director of Business Development for the DCU Ryan Academy is a strong supporter of the Lean Startup methodology, “It is really about getting the product out there. You can sit in a room for six months and develop a product that nobody wants or needs.”

Up until about a year ago the Ryan Academy was mostly concerned with training. But using funding and support models such as TechStars and Y Combinator the focus has shifted to a hands-on results focused incubation process for startups. Gordon says, “We would see ourselves as being ‘pracademic’ as opposed to being academic.”

“A lot of the companies did not realize how important the mentor-led bit would be. The key to having something like a TechStars or a Y Combinator is having a really good, high standard of mentorship in different areas. Some of the them are technologists while others have a sales background. Some of them have scaled companies before while others understand the finance and investment side. The mix of disciplines is key.”

The Ryan Academy is slightly different to most of the US accelerators which tend to be based around Web 2.0 or some other specific area of technology. Gordon explains, “We take a broader view than that. There is some interesting hardware coming out of Ireland, some interesting informatics and some interesting clean-tech. So we broadened our remit out to make it about the internet, software, hardware and other areas of interest.”

The application process for Propeller is quite simple and takes about twenty-five minutes. Unusually, there is no particular requirement to produce a business plan.

“It’s not that we don’t think that’s important.” Gordon explains, “but it’s about the team, their background, who they are. Have they accomplished something already with their limited resources? Because if they have accomplished something on their own then with our heavily mentored program and being able to throw them a few bob as well we can really move them along in three months.

“Everybody here had product demos, there were early products getting out there. They had accomplished something. A Silicon Valley catchphrase that we use is to ask, “Is this a team that can pivot?” So, if they are going after one market and after week three they discover that is not going to be a runner can they pivot into something else?

“In filling out the application you do need to show that you know the market for the product and all that kind of stuff. But if something goes wrong in the three months and you need to switch over then are you the right team?

“Some of the people here have been through startups before. We like that — because they’ve learned. It is great to see that we are starting to see a movement beyond the failure issue which we have obviously had in the past.”

At the end of the program the participants have to present themselves and their product at an especially convened Demo Day. Potential investors from Ireland, the UK, Europe and the United States are invited to attend and the aim is for the companies to get up and say, ‘This is who we are are. This is what we have accomplished in the last three months and now we want X to accomplish Y.’

The Propeller Program is also very much focused on introducing its participants to a global market.

“Ireland is not a market. Ireland at the very best is a test bed. While some of them have an interest in Europe most of our teams are looking at the States. Europe is a fragmented market and it is hard to get a product into it so a presence in the States is necessary.”

With that in mind the Ryan Academy has established a relationship with Arizona State University who have a large incubator of their own in Phoenix. This will be the first stepping stone into the vast American market for many of the teams.

One thought on “Propeller Venture Accelerator Fund: Hands on Program for Startups and Early Stage Companies”