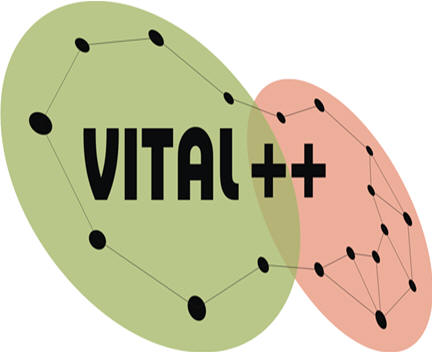 Internet Protocol Television (IPTV) is a mechanism by which televisual content is delivered to your television set by using the internet. Instead of receiving programs via an aerial or through cable you will be able to have them delivered through your broadband connection.

The conventional delivery of programming via an aerial or through a cable requires the material to be sent more or less as a continuous stream from the transmission center to the television screen. But not all content uses the available bandwidth equally.

An action/adventure feature film, for instance, can have considerably more audio and visual data at a given point in its timeline then then say, a studio discussion with two talking heads. Providers have to allow for these high density transmission rates by increasing the designated bandwidth but as a consequence, when not so much audio/visual content is present, unused capability is created in what the telecomm operators call the reserved space.

The most effective way to make more efficient use of data bandwidth is to use peer to peer (P2P) file sharing. Instead of everything having to come down one pipe, so to speak, data is stored across a network of PCs. The P2P software locates the nearest piece of content as opposed to continually trying to locate content from a centralized server.

However, as it presently stands, a lot of P2P file sharing is highly problematical for the network operators. A significant proportion of file sharing activity is in the trafficking of unlicensed and unpaid for copyrighted material.

A solution to this issue of unregulated transfer of data is Vital++, a project with multiple partners across Europe. These range from the Fraunhofer Institute in Germany, where the MP3 system was invented through to Telefonica, Telecom Austria and partners in Greece who are expert in P2P networks.

The Irish effort in this project emanates from the TSSG who are based at the Waterford Institute of Technology. Shane Dempsey is one of the project members.

“If you were broadcasting a popular football game using the Vital++ system you would still have to reserve some bandwidth to make sure the overall performance of the system was adequate. That the viewers who were watching the peer to peer distributed TV were getting a good experience.

“What we are trying to do is minimize the amount of expensive quality of service reservations. We use pretty advanced algorithms for distributing the content based on statistical usage properties.

“With the Internet, it’s generally best effort. That’s not good enough for high definition TV but it’s free, or very cheap. So what we are trying to do with our peer-to-peer network is to use as much best effort as possible and then as a last resort reserve quality of service.

“We have to address the mechanisms that were available in the network to reserve bandwidth as required by the peer to peer network. So, we had to come up with a way to do that. We had to find a way to monitor a very large number of users who could be part of the content distribution overlay. An overlay is basically a group of users who are involved in distributing content to other users and receiving it themselves.”

In contrast to a centralized content service where the user just pays a subscription fee, being able to monitor what is going on throughout the content overlay and throughout the group of users participating in the service allows for micro-charging to be made possible.

This makes it much easier pay-as-you-go and and pay-to-play services to be made available.

Another aspect where the TSSG provides its expertise is contributing towards additional functionality in the Vital++ project to allow the building of licencing and content management infrastructure across the reserved spaces or reservation. This enables the appropriate usage and licencing of fair-use content for educational and other purposes.

The standardization process is still going on at the International Telecommunications Union. In two or three years we should actually start seeing some of these mechanisms being used in IPTV systems. The next stage after that would be to have IPTV sets in our homes.