Feedhenry is service that allows developers to build an app from a single source code base; have it processed in the Cloud and receive an output that is configured for use on the relevant major mobile phone operating system of choice – iPhone, Android, Blackberry, Windows Phone 7 or Nokia Web Runtime.

Applications are built using JavaScript which runs on Feedhenry’s open standards technology platform. Developers can construct their apps online through a browser or they can download a software development kit if they wish to work off their own computers.

Micheál Ó Foghlú is the CTO of Feedhenry and explains further, “It is an entirely hosted environment. The development platform is hosted as well as the server side cloud where the apps are deployed.

Having a single source code base means that developers and client can work in a single cross-platform development environment and avoid having to write and update their app a multiplicity of times for multiple platforms. 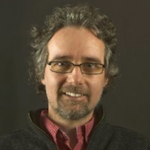 “The guys build them an app. Then they say, ‘Android have shipped more units in the States than iPhones did in 2010. Maybe we should have an Android app as well.’

“Then you have to pay another bunch of guys 5k, 10k, 20k to build the Android phone app and so on for Blackberry, Windows 7, Nokia Web Runtime.”

The server side element which is hosted in the cloud allows easy back end integration into enterprise services. Sophisticated apps can be created using standard web technologies and be integrated into existing business and IT applications without any additional investment.

The three main market segments the Feedhenry team are looking at are enterprise solutions, telecoms operators and independent developers.

Its application delivery platform can deliver the same application interface to both smartphones and social media sites.

The original work on Feedhenry was done by the Telecommunications Software and Systems Group (TSSG) in Waterford, Ireland back in 2008 and now operates as a pay-as-you-go service with six full-time staff.

According to Micheál, “The purpose of TSSG is to try and be excellent at basic research, applied research and commercialization and to have a balance of all three. What Feedhenry represents is one our best attempts at having a real commercialization impact — to have a commercial spin out of the technology.

One thought on “Feedhenry: Building Apps in the Cloud”