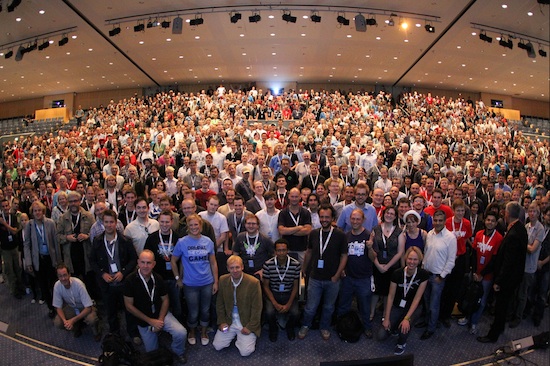 After being three years in the works, Drupal 7 was launched at the beginning of January. In that time there have been numerous changes and improvements which can be perused in the Drupal code changelog. We asked Lin Clark, who gave us an introduction to Drupal in a previous article entitled ”Lin Clark On Why Drupal Matters” to tell us a little more about this new release.

“From the user standpoint there is a new user interface that is a lot easier to work with. If you are a developer there are just innumerable ways that Drupal 7 makes your experience better, more enjoyable and exceptionally powerful. You can do impressive things in not very much time. For me, it takes about half the time to do the same thing in Drupal 7 that it took in Drupal 6.

“It moves a lot of the things that you used to have to write in this procedural code where you tell the computer exactly how to do things into what is called declarative code where you just say, “I want to do x and y.” You don’t have to tell it how to do it. Drupal takes care of all of the ‘how you do that.’ You just write in a few lines of code and it does this really neat stuff.

“When you download Drupal, the package itself, there is a core set of modules that as soon as you run the installation they are enabled. You can interact with them. If you want to do different things then you download different modules and plug-ins.

“You used to have to download somewhere between five and ten modules to get good image handling. That’s now part of core and it is really easy to do.

Why did it take so long?

“One of the things with software projects is they do generally [take longer than expected.] That’s just something about software projects. Even when you are actually finished with coding the requirements you still have to polish it and ensure that it all works together.

“There were issues moving the field system which used to be in contrib into Drupal core because when something moves into core there needs to be an upgrade path. Making an upgrade path between this and the new system was one of the big challenges.”

Should people move to Drupal right away?

“You don’t have to, not yet. If Drupal 6 is suiting you just fine then there’s no reason to change. But there is going to be a certain point where the modules are only going to be developed for Drupal 7.

“If you are starting a new site then you definitely want to start with Drupal 7. But I would say that when you run into something that says you should move to Drupal 7 then that is when you should move. You shouldn’t necessarily jump on it just to jump on it.”

If you are interested in Drupal a good place to start would be with Lin’s video tutorials. You can find them on YouTube and at semantic-drupal.com.

One thought on “Lin Clark on the Release of Drupal 7”