Tom Raftery’s was one of Ireland’s earliest adopters of Social Media and had the highest subscribed blog in the country from 2004 until 2008. Now residing in Spain, he uses the experience acquired over years of blogging and tweeting, and applies it to his work as an energy and sustainability analyst with GreenMonk.

Taking advantage of our time in conversation, we asked him for his take on the social media scene as it exists now.

“Facebook is becoming more ubiquitous. As they’ve expanded the functionality of it they are sucking more people in. It passed the 500 million mark recently and it has become the place to go.

“YouTube has become a search destination. It’s now the second largest search engine in the world after Google. What people are doing now is going to directly to YouTube to find videos. That has implications – there are lots of video sites you could be using like blip.tv, Vimeo, and several others. But why would you use them if YouTube is the place that everyone goes to? If you wanted traffic for your video, would you put it anywhere else other than YouTube really? It strikes me you would be kind of crazy to.”

Before we go on to discuss Twitter, it is worth remarking that one of the reasons Tom reduced his blogging in comparison to his output prior to and up until 2008 was his observation of how he himself was using Twitter more and more. At the time of writing, he has just breezed past 27,000 tweets. He has acquired some expertise in the ways of Twitter and shares a few tips with us. 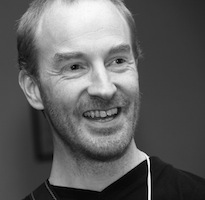 GreenMonk is the line of business within RedMonk that deals exclusively with energy and sustainability. Uniquely for analysts, Tom and his three colleagues ‘open source’ all the work that they do. Research articles, analysis and other materials are published openly using blogs, videos and so on. The net effect of this approach is that they have outsourced all their marketing to Google.

As Tom says, “You go to Google to research the sort of stuff we are working on, and our competitor’s stuff won’t come up because it is hidden by a registration wall and a pay-wall. Whereas with ours: no registration, no pay-wall. Google gets to see it so everyone else gets to see it. What that means is that… because we have this amazing Google juice we punch way above our weight in terms of our influence.

“We are also all over Twitter. We are constantly putting stuff out there. Therefore we are perceived as being massively influential and we get invited to a lot of conferences. What the vendors are hoping for is that they get a bit of our influence.

“Also, [at the conferences] we are getting to see a broad swathe of what is going on in our particular areas so we can give context-sensitive advisories to our clients.

“Clients approach us and they hire us for a given number of hours a year. The pricing is all open and it is all on our website. Normally those hours are assigned against given projects and we give advice in that context.”

Tom is a strong believer that man-made climate change is happening and will have disastrous consequences for all of us, but many are not so well convinced and this can lead to some very polarised arguments. Instead of engaging in fruitless or sometimes frustrating debates, which many times serve only to alienate the parties concerned, Tom chooses, through his work, to take a much more pragmatic approach.

“Businesses are built around quarterly results. They are not built around ten- or twenty-year outlooks. Fortunately, most of the things that benefit the climate benefit the bottom line for companies. It’s about increasing efficiencies. If you are reducing carbon, you are reducing your waste product. You are being more efficient, and if you are being more efficient, you save money.”

Tom’s work is evidence that the intelligent use of social media communication forms, styles and methodologies has practical applications in the wider commercial community. If nothing else, as Tom says, “social media is the only way to get the message out in the shortest time, easily and cheaply.”

One thought on “Tom Raftery: Green Tech And Social Media”