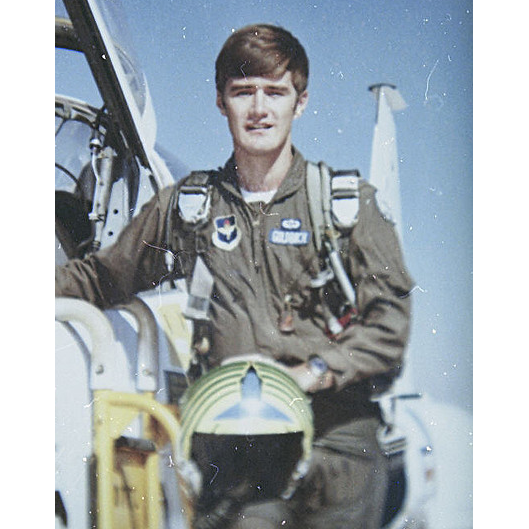 Bernard Goldbach is a lecturer in Media at LIT – Clonmel. (Previously the south campus of the Tipperary Institute.) He is a noted early adopter in the Irish tech and social media scene. He was one of Ireland’s first ten bloggers and also one of the very first users of Twitter in the country. He can be found on Twitter: @topgold

1. Could you tell us about your background (where you’re from, what you’ve done)?

I grew up American in Pennsylvania Dutch country, living next to the Amish but learning the value of “work comes first” from a German-Irish-Russian family. The family motivated me to become the first person in three generations to go outside of the State for a college education and that decision pushed me into qualifying as a multi-engine instructor pilot. Over a 10-year period, I racked up more than 3500 flying hours and I only got shot at once. In the mid-90s, I flew into Ireland where I parked my plane and started flying a laptop.

2. What was your route into social media?

I entered a very traditional social network involving “ring knockers” inside the Washington DC beltway in the mid-80s. This circle of insiders uses a classified and encrypted form of social networking that predates Facebook. Working with that insider social network took the wind out of me. I waded into the waters of electronic social media
on the heels of a stinging personal episode involving the compromise of extremely sensitive personal data in the early 90s. Today, as a social media lecturer, I feel empowered to teach others how to avoid the pain I have felt when sensitive information creeps into the public domain.

I started on Compuserve as an assistant forum administrator of the education forum where I monitored predators in 1993. I grew up on e-mailing lists, including the original webmaster-shoptalk in 1997. I’ve been blocked, banned and served solicitors’ letters for my activity over the years and now live in a semi-reclusive part of Twitter. (Ed. Really?)

3. Tell us a little bit (if you can) about what you’re interested in or working on right now.

Augmented Reality and specifically Layars displayed on Android devices interest me. I also feel a special kinship to Limerick OpenCoffee and the dedication shown by early advocates, James Corbett and John Kennedy. I’ve always been mesmerised by pinpoints on maps and will continue working with geodetic services in every third level module that I teach at Limerick Institute of Technology.

4. What social media services do you use regularly and why?

I try to have all the social media services come to me so I’ve set up a series of special words, phrases and user activity levels to vibrate my phone when something happens. Those e-mail and lightweight text alerts listen to Twitter, Facebook, Flickr, LinkedIn, Foursquare, Last.fm, Typepad, YouTube, Qik, Delicious, Boards.ie, Get Glue and the O2-Ireland forum. I gave up following public timelines and work with lists of people and clouds of words instead. I try to have my alerts point me to what I should be seeing so I can share the important stuff with others.

5. If you could only keep one service or tool, what would it be, and why have you chosen it?

I live with just one service – Ovi Maps – even when without a mobile data connection. Ovi Maps are social tools. You can find things on those electronic maps and make your way around foreign destinations without the worry of extortionate data charges. I’ve used my Nokia handsets to add comments to maps, to connect with people while on the road and to spend my time wisely at well-defined free and open wifi points. Once I learned how to cache my map data, I had a significant part of the Lazy Web in my pocket.

6. Including your own area of expertise, what developments in social media do you think are particularly important?

I believe we are starting to unravel the metadata and core processes that give greater meaning to the context of our online interactions. I hope the research continues and that I can enhance my online life through better contextual awareness.

7. What can you do now that you couldn’t do before the arrival of social media?

Through portable systems like Online Meeting Rooms, I can see and meet people I have never physically encountered. I can carry on a live and totally synchronous video conversation with several other people without connected to either power or data cables while walking the Golden Vale of Tipperary.

This capability still amazes me and more so because it has enabled me to rejoin conversations I left 30 years ago with other pilots. And when I turn off the video camera, I can toggle into spaces like Facebook and the Zoomr network where I can see photos and read snippets from people I last saw in the 70s.

8. What issues, either technical or social, do you see with social media?

Location-based services infringe upon privacy and that has to be controlled. I think there needs to be an “eject” lever that people can use in every social network they join. Executing the eject sequence should vaporise all remnants of one’s existence in the chosen online space. Also, I believe newcomers should be shown examples of the snarky behaviour that exists in many online communities. Some of the rudest, loudest, and most obnoxious people also serve as key gatekeepers in social networks where their personal agendas erode the quality of online engagement for others.

9. What one piece of advice would you give to someone entering the social media world?

Real-time search, an ability to search at the speed of thought, is emerging faster than we can imagine. And when that real-time search becomes a native skill of the online community, meaningful online collaboration should improve markedly.

10. How do you see social media helping and improving things for us in the future

Learn to listen first, then to converse regularly. Like a real-world community, a social network improves with interdependent contributions.