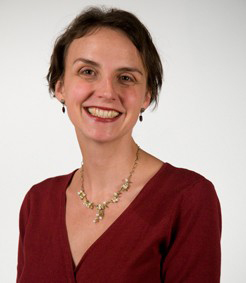 Nicole Ellison works at Michigan State University, and primarily looks at the links between online and offline communication processes, building on her background in communications. Much of her data collection is performed through surveys and interviews, but she uses both qualitative and quantitative methods having also done work on server-level data. When she began researching interaction in social media, she thought it might be more useful to highlight the things she brings as an outsider and provide insights from a communications perspective, looking at how processes change over time. For this, its critical to really understand the online context in which online data is produced. She says that its an extremely exciting time for examining social media, but interpretation is critical.

To say that interactions in the online/Internet space are fundamentally the same as those offline does a disservice to all the ways people are connecting and interacting on these sites. One needs to think about user perceptions, either in surveys or reviews, as this is very important for interpreting social data. Offline activity is not evident in much online data, so we’re missing a piece of the story. We need to look at how offline and online communciations strategies are impacting each other, e.g. for biases, where we can measure the differences between offline characteristics and online self representation. As an example, on MySpace, people are encouraged to lie about their location or age to protect themselves.

An overarching question focusses on communications technologies and how they shape and support our online activities. One of her main thrusts has been looking at Facebook use and social capital. Does Facebook use play a role in allowing people to maintain and use their social capital? Yes. In follow-up work, they unpacked Facebook use, thought about the specific practices that people are involved in, and examined what were their social capital implications. This is moving away from measures like Facebook intensity to look at the ways in which people are using the site, e.g. looking at tie strength in friends and whether the quantity/quality of friends makes a difference.

In “Bowling Alone”, Robert Putnam talks about two kinds of social capital. Bonding social capital is associated with strong ties, where individuals will provide emotional support, scarce resources, etc. Bridging social capital is associated with weak ties, where individuals will provide you with diverse perspectives and novel world views and increase opportunities. SNSs allow us to easily maintain a larger network of ties, and we can assume that these are mainly weak ties. (Mark Granovetter‘s work “The Strength of Weak Ties” describes how you can expand your network through these so-called weak ties, leading to greater social and career mobility.)

Nicole has carried out a series of surveys and interviews: the fifth annual Facebook survey was carried out this year. (Her 2007 work looked at the relationship between social capital and Facebook use, which significantly predicted bonding social capital.) In terms of communications practices, Nicole examined if people are using Facebook to maintain existing relationships, to meet new people, or for something in between. There was some evidence that meeting new people is less common, and it is far more common use to maintain existing ties. She wanted to investigate this further: to look at practices in terms of whether some were more productive than others from a social capital perspective. A person will have different experiences when using a computer to read commercial spam than when they are using it to create YouTube videos, so there are certain desired outcomes of specific uses.

She developed a series of survey items to ask users to imagine different types of people and to describe how they’d interact with them online or offline. Three classes were used: a total stranger, someone from your residence hall, or a close friend. They were trying to get at the notion of a latent tie – one that is technically possible, but not yet socially activated – since online tools enable you to make a connection you wouldn’t otherwise make offline. Latent ties becomes more diluted when talking about the almost 500 million users on Facebook. There may be some other offline connection, but you’ve never activated it online (e.g. if you just recognise someone in passing).

She and her co-authors conducted a factor analysis on these items, revealing three dimensions:

A recent survey asked “how many total Facebook friends do you have at university or elsewhere”, and the median answer was 300. But when the question was “how many of your total friends on Facebook do you consider actual friends”, the median was 75 (a quarter of the total number). The research found that as predictors of bridging social capital, the total number of friends was not useful, but the actual number of friends was. For bonding social capital, there was a similar result. For latent ties, what’s important is not the ability to connect, but to connect with someone that has a relevant social context: finding something about them that you have the ability to talk about and share à la social objects.

User perceptions are important, but a lot of offline activity is hidden (for various reasons). Nicole talked about self-presentational goals in online dating, and how the eventual meeting or date will temper what you will present online. They took participants into the lab, weighed them, looked at their driver’s license to find out their age, in order to get ground truth on how people are misrepresenting themselves online. They found that 81% provided deceptive information (87% males, 75% females) of some sort. The majority of lies were only a 1% to 5% deviation from one’s actual self. But there were some whoppers: 3 inches in height, 35 pounds in weight, and 9 years in age!