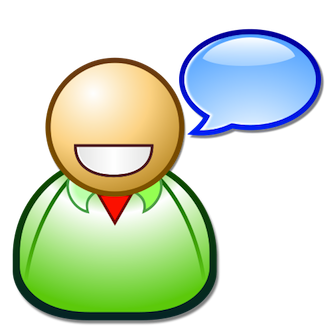 “We” is a complex word. It often means “you”. As in when I’m talking to my students, “We need to analyze this data”. — Pennebaker

Jamie Pennebaker, a professor from the University of Texas at Austin, is a social psychologist who has become fascinated with the nature of words and language. He spoke at the Weblogs and Social Media conference in DC today. The premise is that the words we use in everyday language, whether written or spoken, reflect who we are – our personality, our relationship with others – they are a window to us as a being.

As background, 20 years ago, Pennebaker was involved in research dealing with mind-body issues. He was intrigued with traumatic experiences and health problems, and the phenomenon of a secret trauma which served as a risk factor for illness. He wondered: what if we asked people to reveal secrets, to talk or write about them, and would there be a positive effect on their health. Some students were brought in to write about traumatic experience or superficial topics. When asked to write about traumas, and some had profoundly disturbing stories, their physical health improved. They also checked (through blood tests) their immune systems, and found that the students had a better immune function after writing about their experiences. There have been about 200 studies since then about expressive writing and health.

In the early 90s, he wondered what was it about expressive writing that makes a difference. He wanted to look at the writing itself and get a sense of what people were saying, so that they could train people about which is the healthier way to write. The problem was that the judges they used to determine this didn’t agree, and so they didn’t find out much.

Pennebaker then decided that (having studied Fortran in college!) they could do this more efficiently with a computer, and he told his colleague Martha that they could do it in three weeks. Three years later, when they got the program working, it had turned out to be an interesting system. They wanted to have categories of words such as pronouns, cognitive words, etc., but they also had to have some judges agree what words should be categorised. The resulting system, LIWC (pronounced “Luke”), analyses any kind of digital text, and provides output in about 70 dimensions. They then went back to their earlier studies on expressive writing, to find a profile that benefited from writing. People who benefited from expressive writing were found to have increased their use of cognitive words – realise, understand, know – and causal words – because, reason, effect. They also found that people who bounced around in the way they used pronouns tended to benefit.

During the mid-90s, he began starting to download stuff from the Internet. Looking at these words he found that the differences in gender/age hardly made any difference. Around this time, Pennebaker was inspired by George Miller’s book “The Science of Words”, where he talks about two different types of words associated with different regions of brain. In a sentence like “the podium is on the stage”, there are “heavy content” words like podium, stage, and the rest are function words (pronouns, quantifiers, adverbs, etc.). These types of words need to be processed differently, because he found personality differences due to these function words. This started to open doors to understanding some social and psychological features of people based on their speech.

Most people carrying out social media research focus on heavy content words, performing latent semantic analysis, looking at the content of speech, the style of speech, how they are relating to audience and the topic they are looking at. But the function words can be very useful indicators regarding people. Do men and women use such language differently? Yes.

It’s very difficult for a computer to understand and derive some facts from statements representing emotions or social relationships like “why does Bob love Sally when she loves someone else?” compared to “why doesn’t a carburetor work?”. There are also big differences between when people tell the truth and when people lie. These differences can be important when trying to make social connections. When looking at a group, you can look at how any two people are sharing their use of function words (the common usage of function words increases in geographically-localised groups or people who begin to converse). Long-term relationships, how they succeed or fail, can also be gauged simply by looking at words. These invisible words provide a window into how people are thinking, and more on this can be found in papers on