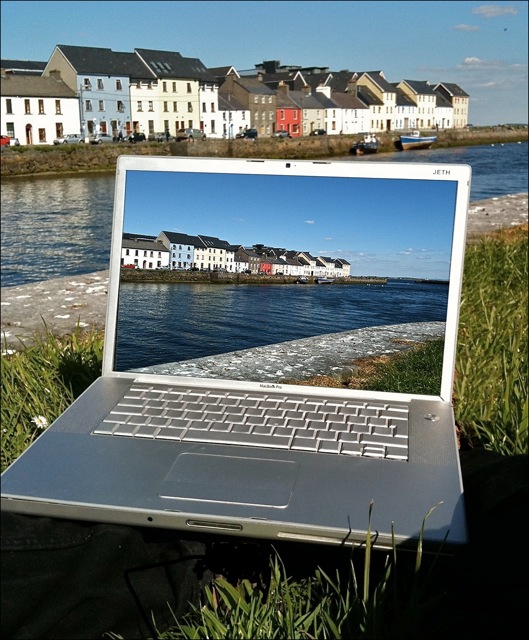 There are a number of ways that the idea of transparency can be applied to the digital world.

Transparency in government. Through the marvelous work of such organisations as the Sunlight Foundation, we are now able to see more and more deeply into the workings of government, to see how decisions are made, and by corralling data, to see how effective those decisions have been. Our representatives become increasingly more accountable for the decisions they make as we are able to see the same factors of influence that influence the decision process as them. Conversely, we are increasingly providing data to governments so information hitherto inaccessible can be taken into account. By seeing the same factors and the same budgets, we can be more understanding of (if not necessarily agreeing with) the decisions that do get made.

There is a whole separate article to be written discussing the notion that data can still be “interpreted” in many different ways, but the one point that should be noted is the idea that in the future, politicians, civil servants and public figures will be held even more accountable by means of solid evidence derived from available information. This must surely make even the dimmest and most self-serving of them pause for thought.

Transparency as it relates to privacy. In the digital world, it really boils down to one sentence. Be careful what you put on the Web. It is something you have to think about and be clear about. Trusting others with vital information, well…

These are two kinds of transparency that dominate most thinking about the Web at the moment, but there is another kind of transparency which offers another type of insight. A window that allows us to look into a world of wonder and fascination.

Transparency about getting things done. Last November, the New York Public Library (NYPL) put a short video on to YouTube showing the evolution of the design concept for the library’s new logo. It was a curiosity published to the Web with no particular aim in mind. They didn’t even bother to add sound. It received thousands of hits in no time at all.

Folks at the NYPL were stunned and puzzled by the response. After much discussion, it became apparent that what was going on was that they were witnessing the true nature of transparency in action. Viewers were given an insight into the creative workings of the NYPL and they found it fascinating. A barrier between the public and the library had been transcended. The possibility of a new relationship between the institution and people it was intended to serve was created.

Although transparency is often thought of as keeping the noses of the bad guys clean and seeing who is friends with your friends, this sense of being able to see the magic behind the scenes does not destroy the illusion but makes the whole game far more interesting, as Dorothy discovered when she pulled back the curtain in the Wizard of Oz.

As a job seeker, what would it be like working for a particular organisation or in a particular field? Up until now there has been no way of knowing that except to talk to a succession of people who work there and derive whatever underlying cultural dispositions there were from the few clues presented to the public.

Corporations, institutions and individuals all have a face they like to show the world. But this sort of transparency (for which I don’t have a name but feel free to suggest one in the comments) is not about accountability or revealing confidentialities – it is about sharing what we take for granted, the everyday how-tos, that we simply don’t consider that others would find fascinating.

For me, Formula 1 racing had to be one of the dullest events on earth until they let the cameras into the pit lanes and garages. For the first time I could really see that it wasn’t just about a lone driver out there on the track going pointlessly around in circles. They were just the tip of a pyramid of organisation and planning devoted to going faster and winning. Just having evidence of that made the race more interesting.

Most famously Penn and Teller have a whole sub-routine in their shows that reveals the secrets of their tricks. It is fascinating and doesn’t spoil the entertainment at all. Which only goes to show when it comes to performing it’s all about the performance.

In the world around us, we now have a window into the soul that exists inside the real and virtual edifices that we encounter daily. We may not necessarily know more about the essential details of a system, but we can understand more as all endeavours are intrinsically human endeavours and we can share the sense of adventure.

We don’t really learn much about designing from that NYPL video, but we do understand that it is an iterative, evolving human process and is probably akin to many of the tasks that we do in our own jobs. It is fascinating because it is something we can directly relate to. And through understanding something of their design process, we in turn understand something more about the New York Public Library, the people and its culture.

By sharing our work in progress, our blogs about the frustrations of getting agreements with clients and suppliers, our videos of what we have to pack for a weekend hiking trip, we share what it is to get things done in this world. This may be more meaningful than any amount of friend-ing on Facebook or wherever.

There is a long video on my Vimeo site about what goes on behind the scenes on a documentary shoot. Not many people watch it (there are some real longeurs in it so I don’t blame them) but I don’t mind because it was always intended for those interested in such things. It was worth making because the questions I do get asked about it aren’t usually what I expect and very often make me think about the very nature of our approach to filming: why we did the things we did and how we could do it differently, valuable stuff.

These windows into other worlds are at the heart of the whole idea of openness in society.

One thought on “Transparency As It Relates To Government, Privacy, And Just Getting Things Done”