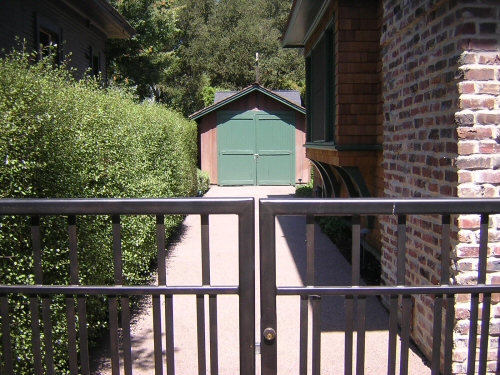 We have become used to the idea of innovation coming from corporate R&D divisions and university research departments. We seem to have forgotten that some of the key life-enhancing breakthroughs have come from the grassroots level. Particularly in technology.

Apple came about through the participation of Steve Jobs and Steve Wozniak in the Homebrew Club back in the mid-seventies. Hewlett Packard was formed in a garage (picture above) in Palo Alto. Not only did the work in this garage give birth to the large well-known company that is HP today, but in its immediate environs it created the greatest testbed and launch pad for innovation that the world has ever known. The work that was done in this shed led to the creation of Silicon Valley. Not bad for a couple of guys with soldering irons.

Every Tuesday night, except for the one evening a month reserved for a guest speaker, ten to twelve people get together at the Galway Bakery Company to share ideas, tinker with equipment and software, and create the possibility of a new, exciting future.

This community of innovators and experimenters goes by the name of 091 Labs (091 is the area code for Galway). It was instigated by Declan Elliott after being inspired by a newspaper article about TOG, a Dublin-based facility created to give “shared space where members have a place to be creative and work on their projects”.

The growth of these facilitation spaces has skyrocketed over the last eighteen months, from roughly 40 such places to over 400 now. Noisebridge in San Francisco and NYC Resistor (“we learn, we share, we make things”) in New York are probably the most recognizable names in this movement, and a movement is very much what it seems it is.

“The future is all about geeks with soldering irons,” says Declan, who is actively looking for a 50-square metre site in Galway City to cater for expanded interest. “091 Labs is like a garden where we plant the seed and nature will do the rest.”

But 091 Labs is not confined to the technorati. Anyone with a creative project, the need for space and the willingness to work with and alongside others is welcome. This creates new possibilities for the cross-fertilization of ideas.

While motives for coming along to 091 Labs may vary – some need space that they can’t get at home, some may need to bounce ideas off other people, others may want to give their ideas a reality check – there is a singular philosophy under-pinning all this activity: DoOcracy.

With the right attitude, Declan says “you can get started with nothing.” All that is required is that you simply do it. It is this thought that drives the creativity in this environment. People gather, share and work in an “ecosystem of the arts, tech and science community.” As Declan points out “Galway is a mini San Francisco in many ways given its rich and diverse creative communities, so all the ingredients are here.”

Anyone can participate every Tuesday night at the Galway Bakery Company, or in any other place in Ireland or the world where you can grab some space and organize some folks to come along.

2 thoughts on ““Galway Is A Mini San Francisco”: 091 Labs Nurtures Creativity In Another Bay Area”