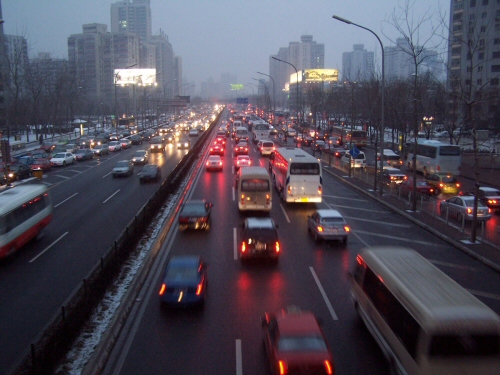 It was as lovely morning as one could find on the west coast of Ireland where I found myself sitting in my car on the streets of the lovely city of Galway. But my specific location is irrelevant. What I’m about to say probably applies to any place with more than two streets. End of caveat, moving on:

My enjoyment of the new day’s splendour was marred only by the fact that like so many other things in my car recently my music system was kaput. I was out on an errand at an unusual time for me and I found myself in a pretty nasty traffic jam. “Bugger,” was something like the word I used to describe my predicament. As I sat there quietly going nowhere fast, novel and interesting ideas started to bubble up in my mind as there wont to do when said mind is not required for its normal assignments.

In fact I had a number of good ideas, for me anyway, in quick succession and in the silence of my car I suddenly felt the need to talk about them with someone. But, alas, I only had myself for company. Wondering if anyone else was in a similar predicament, I looked around and noticed that there was all these other people sitting in their cars all by themselves too. Were they having any brilliant ideas they wanted to share? I thought to myself. No, I replied to myself, their radios are probably working.

I looked again and in the twenty or thirty cars I could actually see from where I was sitting I saw only one car with more than one passenger in it. No, this time I didn’t think about whether they were sharing amazing insights. I thought that all these people sitting by themselves in their cars going nowhere was kind of insane.

Then I thought if you could reach out and talk to people on Twitter couldn’t you reach out and share a ride on Twitter. I am sure it couldn’t be hard to do. Very easy in fact. Twitter seems almost perfect for arranging meetings and get togethers. After all, apart from me and I suppose a couple of others, these were regular commuter journeys. Same day, same time affairs.

Of course one would have to use common sense about personal safety issues but there are means for establishing social trust online. Knowing someone who knows somebody else and so on. People could take turns saving wear and tear on their own cars, fuel would be used more efficiently, there would be less congestion, and journey times reduced.

I know from a Google search that I have just done that this idea is not new. But it certainly seems like its an idea whose time has come.

One thought on “The Need For More Car Pooling Via Twitter”